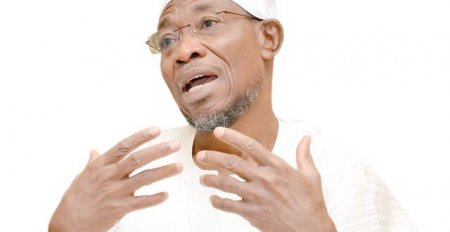 Adeleke died on Sunday and was buried on Monday according to Islamic rites.

Reacting, Aregbesola lamented that “a titan is gone” and that Adeleke will be sorely missed.

His statement reads in full: “I received with deep shock but submission to the will of Allah (SWT) the news of the death of Senator Isiaka Adetunji Adeleke early this morning. He was 62 years. Senator Adeleke was the first civilian governor of the State of Osun elected on the platform of the Social Democratic Party (SDP), in the aborted Third Republic. He was in office between January 1992 and November 1993.

“Senator Adeleke was a very generous man who gave his all to the needy, friends and constituents, without favour to ethnicity, religion and background. Thousands benefitted from his scholarship scheme and social empowerment programmes.

“Senator Adeleke was a personal friend who was committed to my re-election with his entire being. He was unflinching in his support and commitment, even when the security agencies laid a siege to his residence on the eve of the August 9, 2014 governorship election.

“His death is very painful and a blow to us all. He is leaving a void in us, the Senate of the Federal Republic, Osun politics and his community in Ede that will be hard to fill. We give thanks to the Almighty God for the fruitful and exemplary life that Senator Adeleke lived. All mortal come from him and to him shall they return.’’