Curators
For Sale - One Bedroom Executive Flat - Lagos (NGN37m)
✅ NEW - car park, swimming pool, 24 hours light/security and more.
Ad
Kemi Olunloyo who is being detained after policemen stormed her house last week Tuesday in Oyo State and whisked her to Port Harcourt for publishing an untrue story about Pastor David Ibiyeomie, has said she is fine and her fan shouldn’t come to welcome her at the airport when she is released. 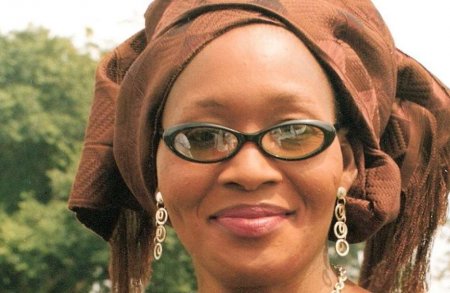 Kemi is due to be at a Port Harcourt court on Thursday where her bail application will be heard. She wrote;

Dear fans and friends, i am in good spirits, i go for a bail hearing this 23rd March.

If I’m released, do not come to the airport to meet me. To all media and journalism students don’t give up!

#journalismisnotacrime you cannot intimidate us! Thank you Nigeria. VN for Kemi Olunloyo HNN Media Relations
A

Lmao this is really funny
M

Who is this one abeg? People will leave their businesses and come hail you at the airport?