Curators
For Sale - One Bedroom Executive Flat - Lagos (NGN37m)
✅ NEW - car park, swimming pool, 24 hours light/security and more.
Ad
Mother of Allwell Orji, the medical doctor that jumped off at the Third Mainland Bridge into the lagoon on Sunday has told sympathisers that she is hopeful that her son will be rescued by the emergency officials. 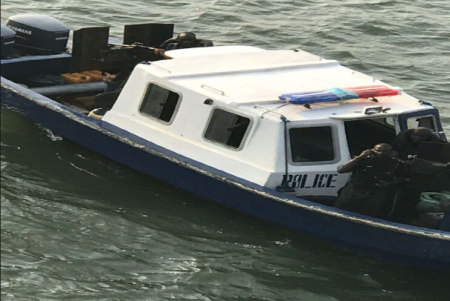 The rescue exercise, which began Sunday night and continued yesterday, was conducted down to the Oworonsoki end without any success.

A member of the family, who spoke on condition of anonymity, politely told Vanguard to leave, saying “as it is now, his mother is too devastated. She is hopeful that God can do the impossible. She has refused to see anyone now. I will appreciate it if their opinion is respected.”

However, the woman was sighted responding faintly to condolences from church members and other residents of the community.

During Mrs Orji’s conversation with sympathisers, she expressed optimism that her son would return home alive.

According to her, “I am hopeful that my son will be rescued by the emergency officials and not the recovery of his body.”

She also stated that his son was not married but that marriage plans were on before the tragedy.

A family source, however, told Vanguard that she (mother) had earlier lamented that the driver did not tell her of their journey, saying that could be the reason why he didn’t alert her immediately the tragedy occurred.

Metro Identity Of Man Who Jumped Into Lagos Lagoon Has Been Revealed – Stella Dimoko Korkus.com