Curators
For Sale - One Bedroom Executive Flat - Lagos (NGN37m)
✅ NEW - car park, swimming pool, 24 hours light/security and more.
Ad
Caretaker coach of the Super Eagles, Salisu Yusuf has maintained he has paid his dues to be named the country’s coach on a permanent basis and as such he would not consider another position in the Super Eagles. 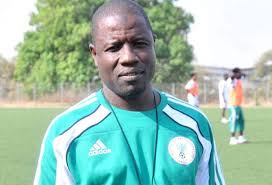 In the past one year, Yusuf, a former El Kanemi and Ranchers Bees midfielder, has assisted Stephen Keshi, Sunday Oliseh and Samson Siasia in the Super Eagles.

He has also assisted Siasia on two other occasions – between 2010-11 with the Super Eagles and at the 2009 FIFA U20 World Cup in Egypt.

Last month, he was in temporary charge of the country’s team for two friendlies against Mali and Luxembourg last month.

“I am through with assisting any coach because I believe I can do the job now after assisting Keshi, Oliseh and Siasia,” declared the 54-year-old Yusuf, who has received support from players and officials to be appointed the country’s next coach.

“I have a good idea of the country’s players both at home and abroad and I believe with a group of willing experienced players and youngsters we can go on to qualify for the 2018 World Cup.”

Yusuf’s declaration comes against the background that the Nigeria Football Federation (NFF) are reportedly in talks with three Serbian coaches in respect of the vacant Eagles top post.