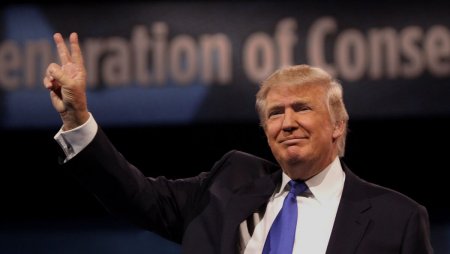 United States Republican presidential candidate, Donald Trump has said he will visit Israel “soon”. He told an Israeli newspaper in an interview published on Wednesday.

“Yes, I will be coming soon,” Trump said without giving further details in response to a question from the Israel Hayom newspaper, a freesheet considered close to Israeli Prime Minister Benjamin Netanyahu.

Trump had scheduled a visit to Israel for late December but postponed it a few days before following an uproar over his proposal to bar all Muslims from entering the United States.

“I have decided to postpone my trip to Israel and to schedule my meeting with @Netanyahu at a later date after I become president of the US,” he tweeted at the time.

In the interview published on Wednesday, Trump renewed his criticism of US President Barack Obama over a July nuclear deal with Iran that was vigorously opposed by the Israeli prime minister.

“The current threat against Israel is more important than ever” because of “President Obama’s policy towards Iran and the nuclear deal,” he said.

“I think the people of Israel have suffered a lot because of Obama.”