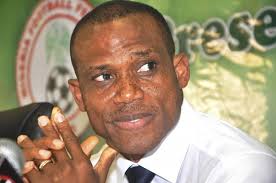 Oliseh was appointed coach of the national team in July 2015 but resigned abruptly in February 2015 citing contract violations, unpaid wages and benefits to players and assistant coaches.

Five months after resigning, Oliseh has revealed that he and his assistant Jean Francois Losciuto are still being owed by the NFF. 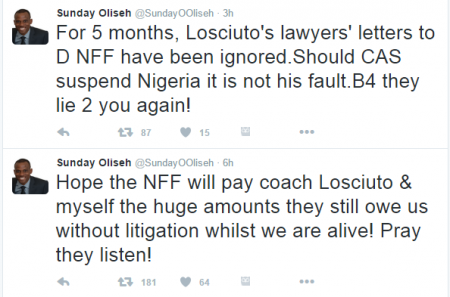 The NFF have however insisted that they are not owing Oliseh any money.