Curators
On Tuesday, the supreme court announced Hope Uzodinma of the All Progressives Congress (APC) as the duly elected governor of Imo state.

That announcement came as a surprise to many Nigerians, but what is more surprising? It had come as a prophecy about two weeks ago.

While speaking at his recent church programme, Ejike Mbaka, a Catholic priest in Enugu diocese, had said that the APC administration will return to Imo having been sacked during the governorship election in 2019. 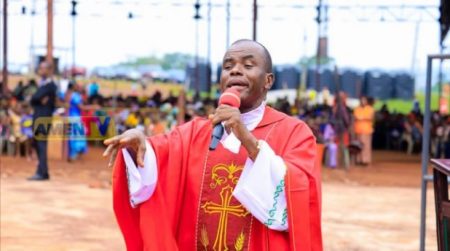