Curators
FREE Nigerian Business Directory
✅ NEW - get your business listed and your information shared across social media.
Ad
The FCT Controller of Prisons, Mr Daniel Odahro, on Monday confirmed there was a ‘minor riot’ by inmates at the Kuje Prison. 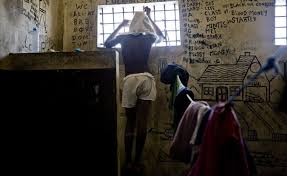 “There was a minor riot at the Kuje Prison, but the situation has been brought under control,” Odahro told the News Agency of Nigeria on Monday in Abuja.

He explained that a ‘disagreement’ ensued at about 10.30am on Monday, when some inmates resisted the routine search in their cells.

Odahro said the situation was subsequently brought under control by the security operatives on duty and that no inmate escaped from the facility.

He dismissed claims that inmates were shot and insisted that the situation had been completely taken care of.

“There was nothing like an attempted jail break, yes we had a minor disagreement between prison officials and some inmates, who refused the routine morning search in their cells,

“I can categorically tell you that no inmate escaped and the situation has been brought under control, ’’he said.

Odahro said security had been beefed up in and around the prison to forestall a recurrence.

Metro How Innocent Boy Spent 2 Years In Prison For A Crime He Didn’t Commit (Photos) – OluFamous.Com