Metro “We Didn’t Arrest Sowore In Court, His Supporters Were Only Acting” – DSS – 360Nobs.com

The Department of State Services (DSS) has denied that its officers arrested Revolution-now conveyer, Omoyele Sowore in court, while claiming that the viral video was staged by the journalist’s supporters.

A statement signed by Peter Afunanya, DSS spokesperson, the state secret police, said there were none of its officers … 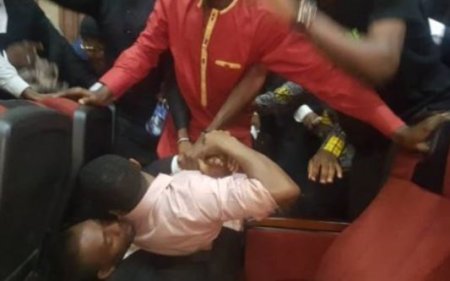