Dr Dapo Adegbaju, a Consultant Psychiatrist at the Federal Neuro-Pschiatric Hospital, Yaba, on Friday, said that about 1.7 million people in Nigeria were suffering from Schizophrenia.

Adegbaju said this at an event organised by the Federal Neuro- Psychiatric Hospital, Yaba, Lagos, to mark the 2014 World Mental Health Day.

According to Adegbaju, about 50 per cent of the people with schizophrenia still do not have the right information on the disorder or access to treatment. |

"So, Nigeria with a population of about 170 million has about 1.7 million people suffering from schizophrenia,’’Adegbaju said.

He said that some symptoms of schizophrenia include irrational thinking, odd behaviour, auditory hallucinations, lack of proper sleep and talking to oneself.

According to Adegbaju, causes of schizophrenia may be genetic, social issues such as lack of jobs, frustration, and inadequate care during pregnancy, drug misuse, among others.

He said that misuse of drugs could also cause schizophrenia.

The consultant psychiatric said that treatment for schizophrenia was a long-term one but early detection of the symptoms and early treatment were most effective in the care and management of the condition.

Adegbaju said that it was not only people with schizophrenia that were affected but their relatives, caregivers and the general society as well.

He advised people to notice from onset the symptoms of schizophrenia, adding that majority of people "get to the chronic stage before seeking help’’.

According to Adegbaju, advocacy should be heightened to make people able to identify the onset of the disorder.

He urged the Federal Government to subsidize medication for mental disorders to enable Nigerians of all socio-economic cadres to access effective treatment. 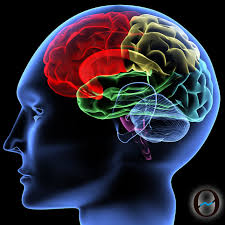 J
Video Six milder symptoms which may indicate you have coronavirus