Abia state universit, Uturu (ABSU) was thrown into mourning, Monday night when a female student and 13 others graduating medical students of the university lost their loves in a ghastly motor accident along the Port Harcourt - Enugu express road.

The ugly accident has been described as pathetic as those involved are among the batch of graduating medical students that are awaiting induction today (Thursday). 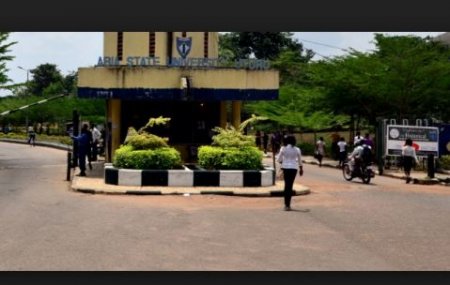 The Head Media and Public Relations of the institution, Mr. Acho Elendu confirmed the incident to Leadership, saying the accident which occurred near Umuikea in Isiala South local government area, of Abia State happened when the driver of the bus conveying them was trying to overtake a trailer on the expressway.

He expressed sadness over the incident but said efforts were being intensified to save the lives of the injured, some of who are in critical conditions at the Federal Medical Centre, Umuahia.
PLACE YOUR ADVERT HERE
Connect with people interested in education, social, crime and health News!