French scientists have developed a new device similar to a simple pregnancy home-test that could allow doctors to diagnose a patient with suspected Ebola in under 15 minutes.

According to France's Atomic Energy Commission (CEA), trials at a high-security lab have validated the technique and prototype kits should be available in Ebola-hit countries by the end of October for clinical trials.

The diagnostic tool, not yet approved by regulators, works by monoclonal antibodies reacting to the presence of virus in a tiny sample, which can be a drop of blood, plasma or urine, it said.

Similar to a DIY pregnancy test, a positive result sees a small stripe showing up in a results window on the hand-held device.

The kit is simple to use in the field without any additional equipment, said the CEA.

“It can give a result in less than 15 minutes for anyone showing symptoms of the disease,” it said.

"Current tests, which are based on genetic detection of the virus, are highly sensitive but need special equipment, take between two and a quarter and two and a half hours and can only be carried out in a lab," the CEA explained. 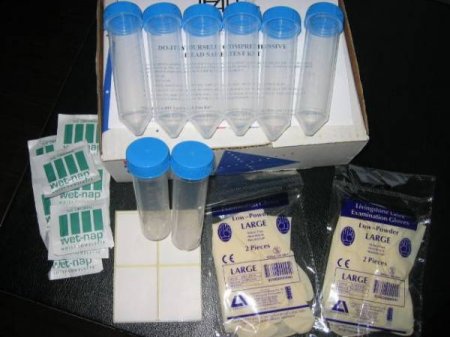 Nov 13, 2016
kemi
K
A
Metro Zika Virus: What Brazil Can Learn From the Way I Handled Ebola - Goodluck Jonathan