For Sale - One Bedroom Executive Flat - Lagos (NGN37m)
✅ NEW - car park, swimming pool, 24 hours light/security and more.
Ad
Two female suicide bombers blew themselves up on Monday in the Far North region of Cameroon while trying to carry out attacks for Boko Haram sect, local officials said, but there were no other deaths. 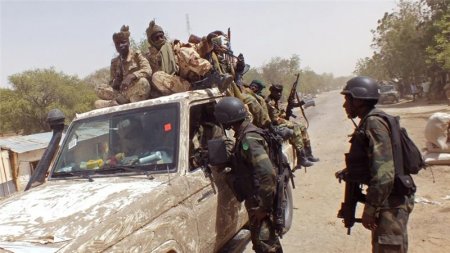 “The suicide bombing took place at the entrance of Bodo. Two women bombers wanted to get to the market place but they were stopped by vigilantes,” Abgassi Adoum, mayor of Makary district of which Bodo is a part, told Reuters.

He said one member of the watch committee was lightly wounded.