According to Abba Sufi, the Director-General of the Hisbah Corps, out of the 120 girls and boys arrested, 20 are believed to be between 13 and14 years old. 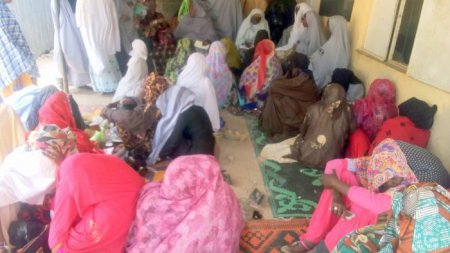 Some of the girls arrested (Credit: PremiumTimes)

Mr. Sufi said 19 of those arrested were notorious persons who the command had arrested several times in the past and taken to court.

He said they would be prosecuted under the state’s Prostitution and other Immoral Acts Prohibition Law enacted in 2001.