A former governor of Oyo State, Otunba Adebayo Alao-Akala, on Wednesday in Ogbomoso said that he had not withdrawn from the 2015 gubernatorial race in the state as reported by some online media.

Alao-Akala, a Peoples Democratic Party, PDP governorship aspirant, told newsmen that he would contest the election in line with the request of his admirers who he said were clamoring for his return.

Some online media (not Nigerian Bulletin) had reported that Alao-Akala had withdrawn from the gubernatorial race to pave way for Sen. Ayoade Adeseun

Adeseun, the Chairman, Senate Committee on Capital Market, hails from Alao-Akala’s Ogbomoso Zone and recently returned to the PDP from the APC.

"Presently, I don’t own myself to have done that. I am contesting as a result of the calls from the people. I am assuring my people that nothing of such happened and will not. They called on me to run again and I have heeded the call. I promise not to take actions without the people’s authority,’’ he said 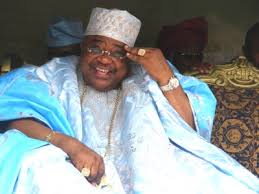 Politics I’m A Sellable, Acceptable Candidate And Know Where To Continue From After Ajimobi, Says Alao-Akala – Sahara Reporters