Mark, who spoke at a special church service to mark the 54th Independence anniversary at St. Mulumba's Catholic Chaplaincy, Apo, Abuja, said such statements could over heat the polity and create avoidable tension.

The remark is contained in a statement signed by the Chief Press Secretary to the Senate President, Mr Paul Mumeh, and made available to newsmen in Abuja.

The statement quoted Mark as reminding politicians that their individual ambitions are subordinate to national interest.

"Nigeria must exist as a nation first before we could pursue our individual ambitions.’’

He, therefore, advised those fanning the embers of war and disunity to have a rethink, saying "we have more to gain by staying united’’.

He reiterated that politics was a call for service and not a platform to cause disaffection among citizens.

According to him, election is not a do-or-die affair, and we should know that only one political seat could be vacant at a time.

The senate president, however, warned mischief makers not to test the resolve of government as it had all it takes to deal with trouble makers.

He explained that governance was a collective responsibility between the governed and the government.

Mark further said the nation's problems were not beyond the capability of Nigerians, saying "all we need is the support and goodwill of Nigerians’’.

"Therefore, it should not be seen as government versus the people, both exist in a symbiotic relationship. We are in a complex society and there are bound to be disagreements or complaints.

"There are also channels to address these complains or imbalances. Taking up arms against your neighbours or government is certainly not a solution. We must see ourselves as brothers and sisters,’’ Mark said.

Mark said the National Assembly would continue to promote legislation that would have positive impacts on the citizens. 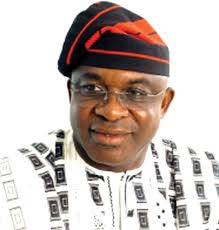