Yero was accompanied to the national headquarters of the party by his deputy and members of the state House of Assembly.

Others present at the occasion were senators from the state, 22 out of the 23 local government chairmen in the state, members of the state executive council and other PDP stalwarts.

The state’s Director of Media and Publicity, Alhaji Amed Maiyaki, who spoke to newsmen on the sidelines of the event, said Yero’s decision to re-contest the position was based on calls by stakeholders in the state.

Maiyaki said that though the state had its challenges, it had done very well under the leadership of Yero.

The governor, he said, had completed most of the projects initiated by his predecessor and had given scholarship to indigent students to study abroad.

Maiyaki expressed optimism that Yero would be returned by the electorate in 2015. 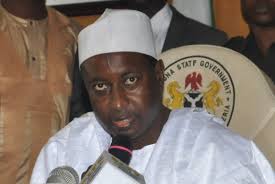