Politics 2015: Maku Will Resign from Cabinet Next Week

For Sale - One Bedroom Executive Flat - Lagos (NGN37m)
✅ NEW - car park, swimming pool, 24 hours light/security and more.
Ad
The Minister of Information, Labaran Maku, has announced that he would be resigning from his cabinet on October 20th in a bid to pursue his Nasarawa governorship dreams.

This minister disclosed his plan on Sunday during a special mass thanksgiving at the Catholic Diocese of Lafia, St. Patrick’s Parish, Akwanga, Nasarawa State.

Maku at the occasion also announced donation of N7.6 million from his family and his friends both in cabinet and outside the cabinet for the Cathedral in Lafia.

Thanking God, he said, that whatever he has achieved from 1999 till date was by the grace of God.

According to him, it is time to sacrifice the comfort of a ministerial position at the center to join his people and go into the wilderness ‎in Nasarawa State to stop the killings, miscarriage of justice and liberate the people in the State. 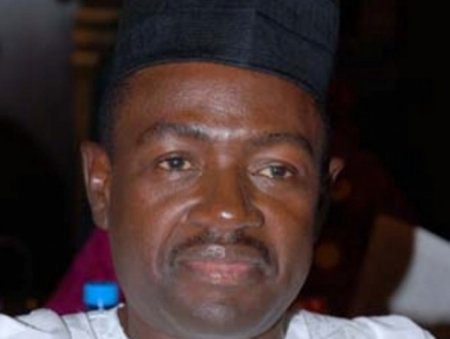