The Media Adviser to the Acting Governor, Mr Aaron Artimas, who confirmed this in Jalingo, said that the forms were delivered to the acting governor at his official lodge in Wuse II, Abuja.

Artimas said the National Administrative Secretary of the PDP, Alhaji Gurama Bawa, delivered the form to Umar in the presence of supporters and dignitaries from the state that had converged for the purpose.

He said the intent form cost N10 million while the nomination form cost N1 million, adding that the forms were procured by businessmen, friends and well wishers of the acting governor.

Responding to the gesture, Umar thanked the people for the overwhelming support for his administration and his ambition.

He pledged to transform the rural communities of the state by opening up rural roads, constructing more health facilities and schools across the state.

Among those present at the occasion were some National Assembly members from Taraba, including Sen. Abubakar Tutare, Rep. Ibrahim El-Sudi and his counterpart, Jerry Manwe. 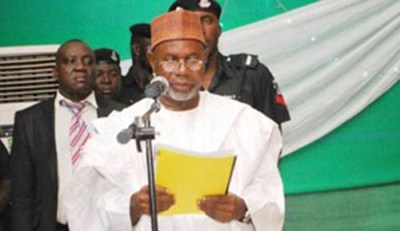