For Sale - One Bedroom Executive Flat - Lagos (NGN37m)
✅ NEW - car park, swimming pool, 24 hours light/security and more.
Ad
Shocking details have emerged from the recent presented 2016 budget that the executive arm of the government would spend the lion share of N5.87 trillion, or about 96.5 per cent of the total N6.1 trillion about N205 billion or 3.5 per cent to the other arms of government, with the Legislature and the Judiciary, spending N115 billion and N90 billion respectively, Vanguard revealed.

The breakdown of the budget also indicates that the government intends to spend N39 billion in running the Office of the President with major allocations going to car purchase at N3.9 billion and another N189 million to change tyres for some specified vehicles in the Presidency. 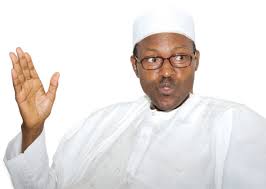 Some details provided indicate that the vehicles that will gulp the budgeted sum for tyres include Mercedes Benz bullet proof and plain, Toyota cars, trucks Land Cruiser SUV, Prado SUV, Hilux, Peugeot 607 and 406, BMW trucks, ambulances as well as utility and operational vehicles.

Also, the Presidency will spend about N1.4 billion on travels during the fiscal year, according to the budgetary provisions

The budget breakdown shows that some super ministries could be identified by the relative amounts allocated to them with Ministry of Finance taking the lion share of N1.5 trillion followed by Budget and National Planning with N1.15 trillion.

Buhari to spend more than Jonathan on Presidential Villa

Is this the time to spend so much?