Aluko, who declined further explanation on the moves being made by Fayose over this allegation, said: “In APC, there is no move that you make that a leader like me won’t know.

Fayose knew that he can’t win the forthcoming election and we are following every of his moves and attempt to join APC”.

Aluko, added that Fayose had always been riding on back of the presidency to win election, saying the 2003 and 2014 elections that produced him as a governor were fraught with irregularities. 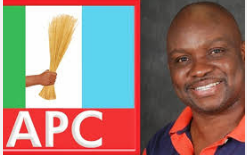 Aspirants from the south senatorial district are agitating for the zoning of the governorship ticket to the area, which has never produced the governor since 1999. At a press conference in Ado Ekiti on Sunday, where he reviewed his visits to 11 local governments and 122 wards to canvass for votes ahead of the APC primaries, Aluko said Fayemi shared the view that it is the time for the south to produce the governor.

Meanwhile, Fayose’s Chief Press Secretary, Idowu Adelusi, in a statement Sunday night , said to say ‘Mr Ayodele Fayose is making moves to defect to APC, is false’ and that Joining APC was like leaving Jesus Christ for Satan.