For Sale - One Bedroom Executive Flat - Lagos (NGN37m)
✅ NEW - car park, swimming pool, 24 hours light/security and more.
Ad
Jide Sanwo-Olu who recently declared his intention to run for the office of Lagos State governor under APC has reacted to viral reports that he has stepped down for the incumbent governor, Ambode.

According to a statement by Tayo Ayinde, the Director General of Babajide Sanwo-Olu Campaign Organisation (BOSCO), 'our has been drawn to a false and misleading press statement purportedly attributed to our principal, a frontline APC Gubernatorial Aspirant for Lagos State Governorship Primaries slated for Saturday, 29th of September, 2018'. 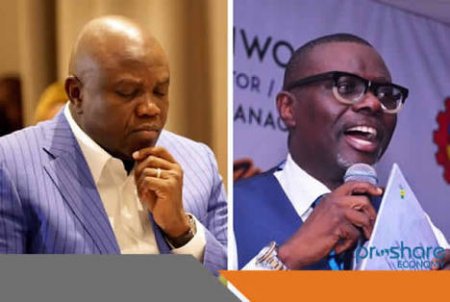 C
Politics Twitter suspension: It’d have been easier if Twitter had an office in Nigeria — Gov SanwoOlu - Instablog