Sports 2019: Kanu Nwankwo To Run For President Of Nigeria - Goal

Inspired by George Weah’s feat, the two-time African Player of the Year will contest and has vowed to improve his country’s standard of living
Former Nigeria international Nwankwo Kanu has announced he will run for president of Nigeria in 2019.
Kanu, who once played for Ajax, Inter Milan, and Arsenal during his active days, said he had the dream to transform the most populous black nation.
The 1995 Champions League winner has not hidden his love for politics after ending his professional career at Portsmouth in 2012. 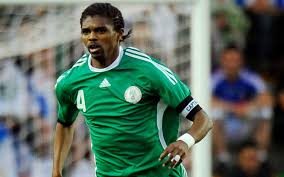