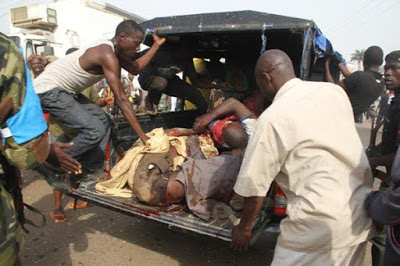 No fewer than 25 students and staff members of Adamawa State Polytechnic, Yola, were affected in the blast at Jambutu Jumaat mosque on Friday, Adamawa state government told the federal government delegation led by the Secretary to the Government, Dr. Lawal Babachir in Yola.

President Mohammadu Buhari has sent the delegation to the state to commiserate with the government and people of Adamawa.

The State Commissioner for Higher Education, Mr Hamid Rufai said that four of the 25 students lost their lives while the rest, including two staff members, sustained various degrees of injury.

Mr Rufai added that the affected mosque belongs to the polytechnic community, which is located on the Jambutu campus, about five kilometres away from the main campus.
PLACE YOUR ADVERT HERE
Connect with people interested in education, social, crime and health News!