For Sale - One Bedroom Executive Flat - Lagos (NGN37m)
✅ NEW - car park, swimming pool, 24 hours light/security and more.
Ad
Minister of State for Petroleum Resources Ibe Kachikwu had gone to the Presidential Villa with a letter of resignation last Friday, has shelved the move in the “larger interest of the nation”, The Nation reports.

This is coming before the Presidency ordered ceasefire between the Minister and Nigerian National Petroleum Corporation (NNPC) boss Dr. Maikanti Baru.

According to The Nation, the duo have been advised to stop their bitter row over the award of $25b contracts – one week after it all began.

As the row grew, some observers thought the minister would throw in the towel.

But Dr Kachikwu is believed to have ruled out resignation from the cabinet because of his “deep respect for President Muhammadu Buhari, who he insisted is a clean leader”. 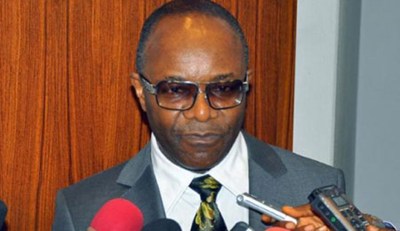 As part of the peace deal, there are moves to urge the Senate to have a “second opinion” on its decision to look at the disputed contracts.

There were indications that Kachikwu might have abandoned his plan to quit the cabinet, a source told The Nation.

A source said: “As a matter of fact, Kachikwu had gone to the Villa last Friday with a letter of resignation but he shelved it because of his deep respect for President Muhammadu Buhari, who he insisted is a clean leader. He loves Buhari and the President also gave him much latitude like a son.”