The donor, Liu Jingyao, was diagnosed with a malignant brain tumor earlier this year after she was observed walking unsteadily.

Her parents visited multiple hospitals in several cities, but each doctor said the condition was too late to be cured.

The girl's head swelled and she began to have trouble speaking, eventually becoming confined to bed.

Her father, Liu Xiaobao, discussed the possibility of donating her organs with the girl after persuading other family members about the difficult decision.

"The word `donation’ was difficult for her to understand, so I tried to explain that if we would give something from her body, she could save the lives of others.

"She agreed to this,’’ Xiaobao said.

The girl's physical condition deteriorated earlier last week and she died on September 23 in the People's Hospital of Jiangxi Province in east China.

"Her organs were soon removed for transplantation. he was too young and some of the organs were very small. But we were able to transplant her kidneys into one patient.

"Her heart, liver and corneas were given to four other patients, respectively,’’ her doctor, Dr Zhang Ming said.

Doctors said that the five recipients were in stable condition as of Monday, indicating that the transplants were successful.

"You lit up five people's lives, you are the most beautiful princess in the world,’’ Xiaobao said to his deceased daughter. 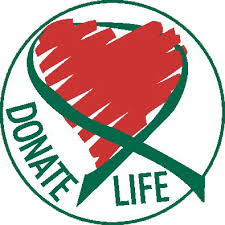 Sports Simone Biles Tweets After Her Brother Was Arrested on Triple-Murder Charges – Olisa.tv