There could be as many as 30,000 foreign-born members of militant group Islamic State that could soon be returning to their home countries ready for radicalization and terrorism, according to the latest research.

European cities remain on high alert following the Paris attacks in November, in which 130 people died after European-born terrorists carried out bomb and gun attacks, and the lockdown of Brussels. And there are fears of further attacks. 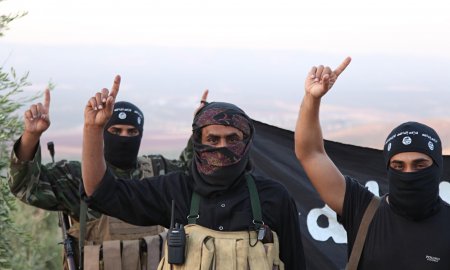 According to CNBC report, security services in Europe remain on high alert should members of Islamist terrorist groups, such as the so-called Islamic State, strike again in revenge for the Western airstrikes against ISIS in Syria and Iraq.

"The risks presented by returning jihadis will likely only increase over the coming year, as more of the estimated 30,000 foreign fighters who have joined Islamic State are expected to return to their countries of origin," analysis firm Verisk Maplecroft said in a report released in early December.

"Islamic State has illustrated its adeptness at reaching out to predominantly young Muslims across Europe, Africa and Asia, as well as the Middle East and North Africa, through an extensive propaganda apparatus."

ISIS' use of social media and slick productions has enabled the group to boost its "virtual community of would-be jihadis around the world," Verisk noted.

With the group able to attract foreign recruits online, ISIS has been inciting its followers to commit acts of terror at home or so-called "lone wolf" attacks. It is estimated that ISIS has attracted around 30,000 foreign fighters from as many as 100 countries since 2011, according to the Institute for Economics and Peace.

The institute's 2015 "Global Terrorism Index", published in November, shows that many of those foreign fighters came from other Muslim nations such as Tunisia, Saudi Arabia, Jordan, Morocco and Turkey (the "top five" countries of origin).