Dr Siman Ambita, the Permanent Secretary, Taraba Agency for the Control of AIDS (TACA), on Tuesday said that 37,000 carriers of the human immunodeficiency virus, HIV were receiving Anti-Retroviral Therapy (ART) in the state.

Ambita told journalists in Takum that the agency had screened 40,000 between January and June, adding that 5000, representing 13 per cent, tested positive.

He said 79 locations were designated to offer services for the Prevention of Mother-to-Child Transmission (PMTCT) of HIV in the state.

The permanent secretary said 22 of the locations were rendering comprehensive HIV/AIDS services.

Ambita said the agency was collaborating with non-governmental organisations and civil society groups at national and international levels to mitigate the spread of the disesase.

"We will continue to partner with the NGOs and CSOs in our noble objective of AIDS-free Taraba," he said.

Ambita said the state government had put in place the administrative and legal framework that created TACA as a statutory body.

"This will enable TACA to effectively carry out its responsibilities of coordination of the state responses to the HIV challenge and collaboration with stakeholders,” he said. 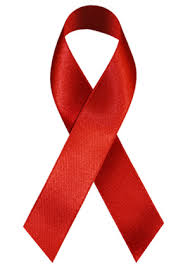