Curators
FREE Nigerian Business Directory
✅ NEW - get your business listed and your information shared across social media.
Ad
Five Nigerian movies have been listed to compete for the “People’s Choice Award” at the 2017 edition of Nollywood Week Paris Film Festival. 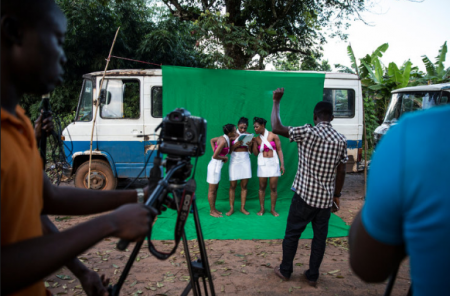 According to the organisers ( www.nollywoodweek.com), the movies include:

The prestigious ‘People’s Choice Award’ is sponsored by Angénieux, a leading manufacturers of high quality optic cinema lenses for the broadcast and film industries.

“Angénieux will gracefully put its optics at the disposal of the winner of the People’s Choice Award, giving them a chance to combine their creativity with French technical know-how during their next shoot.”

The News Agency of Nigeria (NAN) reports that the Nollywood Week Paris Film Festival, which started in 2013, is organised by Okada Media, an organisation based in Paris, France.

It showcases the best of the Nigerian film industry with the aim of finding a larger audience and more sustainable distribution system for quality films.