Curators
FREE Nigerian Business Directory
✅ NEW - get your business listed and your information shared across social media.
Ad
The 2019/2020 English Premier League season started on August 9. It will run until May 17, 2020. Ten matches were played on the first weekend. Liverpool and Manchester City won their first games. They were last season's main title contenders. Bookies such as Betway offer many football markets to wager on. Read on to learn some opening-day Premier league moments which will shape the new season.

Virtual Assistant Referee (VAR)
The Premier League conducted many tests on the efficiency and reliability of VAR. The VAR specialists at Stockley Park monitored four games at once. They are concerned about how the technology will benefit fans and referees, according to Chris Foy. The football body has taken certain steps to improve communication in stadiums.
Message flashes will appear in each Premier League game if an overturned decision is made. Also, all stadiums except Old Trafford and Anfield will display definitive clips to clary any VAR intervention made. For instance, Sergio Aguero retook a penalty kick in Manchester City's game. West Ham's keeper saved Sergio's first kick but he conceded the second penalty

Bournemouth vs Sheffield United
Eddie Howie, AFC Bournemouth's manager has struggled to sign talented goalkeepers for long. He recently signed Aaron Ramsdale, a 21-year-old England player who performed well with AFC Wimbledon in League One. Asmir Begovic, Artur Boruc, and Mark Travers accepted Aaron's Bournemouth debut. He transferred from Sheffield United to Bournemouth for £800,000 in 2017.
By then, Chris Wilder, Sheffield United's manager had spent six months with the club. Sheffield United made their first debut in the Premier League since the 2006/2007 season. Many punters who take part in secure online sports betting with Betway predicted that Bournemouth would defeat Sheffield United.

Nick Pope's Return
Nick is an English goalkeeper who plays for Burnley. He returned to the EPL after being missing it for 454 days. Sean Dyche, Burnley's manager picked Nick as the first team keeper in their opening match against Southampton who they thrashed 3-0. Nick sustained a serious injury early last season which took long to heal. He signed a four-year contract with the English side in May. Sean had to reconsider him in the starting team after he sold Tom Heaton.

Watford's Shocking Loss
Watford most of their league games last season. They struggled to avoid relegation despite losing their chance to compete for the FA Cup. The club had a sluggish performance in their first match against Brighton. Javi Gracia, Watford's manager stated that his team needs to improve this season after they lost 4-0 to Manchester City.

Mahrez's Remarkable Performance
Riyad Mahrez, Manchester City's forward appears to be out of sync with other players in most opening Premier League season games. He scored several crucial goals for his team last season. The Algerian player scored one goal in City's opening game against West Ham.


The Premier League started last Friday. Liverpool defeated Norwich 4-1. The Premier League has struggled to monitor all matches for many years. It introduced VAR this season to promote fairness in the top England tournament. It set clear guidelines on how it will use the new technology. Also, the body educated managers, sports journalists, and players on how VAR operates. Punters can place Premier League bets in Betway each weekend. 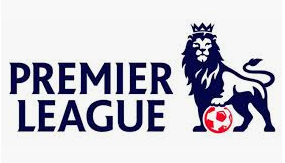