We reported earlier that a six-storey building in the Synagogue Church of All Nations had collapsed, and since then, reports have been pouring in about the casualty figures.

"50 Dead" - PUNCH
"No fewer than 50 persons have been feared dead, with several others injured during the collapse of a six-storey building in the Synagogue Church of All Nations in Ikotun, Lagos on Friday.

A correspondent of the News Agency of Nigerian at the scene reports that ambulances were seen taking people out of the collapse building to the Isolo General Hospital.

There had yet to be an official confirmation of the number of casualties." - #PUNCH (Click here to read)

"15 Bodies Pulled Out" - Sahara Reporters
"With emergency rescue operations underway, a SaharaReporters correspondent learned that 15 people have been pulled from the wreckage of the six-floor structure, which had been under construction. Several are reported to be trapped still.

"At least 20 Injured" - Premium Times
“At least 20 injured people has been taken to the General Hospital,” Mr. Oke-Osanyintolu said. “The operation is still ongoing. You can hear the sound of siren in the background. We cannot tell you the number of deaths now. the operation is still on-going. It is a sympathetic issue so we cannot say the number of deaths until we conclude the rescue operation.” - #PremiumTimes (Click here to read) 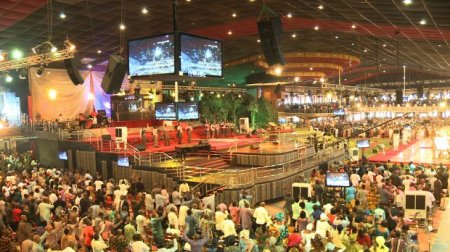