Nigeria: The Plateau Government has commenced training of 510 personnel from the 17 local government areas of the state on rapid response and containment of the Ebola Virus Disease (EVD).

The state Commissioner for Health, Dr Fom Dakwak, said this at the opening of the training programme in Jos on Wednesday.

Dakwak said that the workers were being trained to handle any possible outbreak of the disease.

He said the programme was part of the state government's efforts to respond to the outbreak of Ebola or any other epidemic.

He said the participants would be trained on rapid response and surveillance on the disease to prevent its spread.

Represented by Mr Solomon Musa, Director of Administration in the ministry, the commissioner said the five-day training was taking place simultaneously across the local government areas.

In his welcome address, the Chairman of Jos South Local Government, Mr Peter Dung, commended the state government for providing both human and financial support to contain any outbreak of communicable diseases. 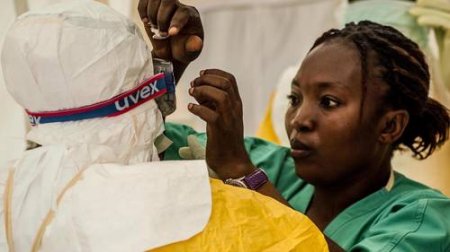