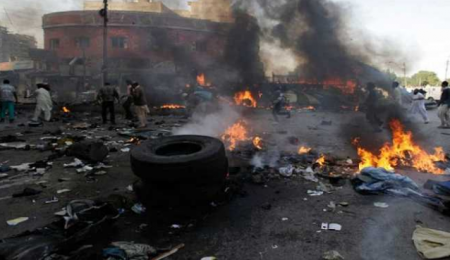 The blasts occurred at Alkumi village of Mafa LGA of Borno state at exactly 01:30am today.

According to a police spokesman, DSP Victor Isuku, “I can confirm there was a foiled suicide bomb incident at Alkumi village in Muna general area.”