FREE Nigerian Business Directory
✅ NEW - get your business listed and your information shared across social media.
Ad
Hearing is scheduled to commence tomorrow in the trial of the former chairman of the Ad-hoc Committee on Fuel Subsidy of the House of Representatives, Farouk Lawan, who allegedly accused of obtaining $620,000 bribe money from the chairman of Forte Oil, Femi Otedola.

A source at the Awomolo Chambers being used by the Independent Corrupt Practices and Other Related Offences Commission (ICPC) Act 2000 for the prosecution said that Lawan and Boniface Emenalo will stand trial before Justice Angela Otaluka of the Federal Capital Territory High Court in Lugbe on a seven counts of criminally obtaining the money from Otedola to influence the committee’s report in favour of Zenon Oil and Gas Ltd. 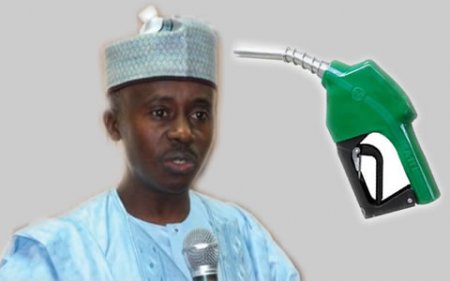 This man need to put the nuzzles in his mouth to drink the oil & gas live {ikoh}這些問題。。
You must log in or register to reply here.