FREE Nigerian Business Directory
✅ NEW - get your business listed and your information shared across social media.
Ad
Some of the ministers of President Muhammadu Buhari have been able to make a mark in the 'Change administration' of APC-led federal government

For over a year plus, here are 7 Ministers we feel earned the pass mark for the 2016 year in review.

Amina Mohammed has created a niche for herself in the Environment ministry as well as international scene.

Her ministry spearheaded the commencing the Clean-up of the Ogoni environment in line with the United Nations Environment Programme (UNEP) recommendations. This singular achievement and others have given her a clear head among Buhari's team in 2016.

Unfortunately, she will be heading to the United Nation in first quarter of 2017 to resume her new role as Deputy Secretary General of the world agency.

Kachikwu's achievement include the sensitization of the Nigerian National Petroleum Corporation and Nigeria’s oil and gas sector alongside his Boss, Muhammadu Buhari and the introdution of the downstream liberalization regime which sanitized the fuel supply and distribution matrix.

He moved to resolve the grey areas and hasten the passage into law the omnibus Petroleum Industry Bill which has been before the National Assembly for seven years.

In February 2017, Fashola achieved the generating capacity of power at 5,074 MW, the highest Nigeria has ever generated in the 63 years (1950-2013) of government’s monopoly of the sector.

Going forward in 2017, the Minister said the ministry has developed proposals for the budget to intervene in critical roads in the 6 (SIX) Geo-political zones that lead to and from major food producing states based on information supplied by the Ministry of Agriculture.

The information minister initiated the “Change Begins With Me” programme to change the attitude of Nigerians for better and sanitise the society.

Mohammed has also been credited for initiating town hall meetings for citizen’s feedback and the launch of the federal government information app – FGN IAPP.

According to him, the App will bridge the information gap between the government and the people. It help Nigerians know what the government is doing real time. 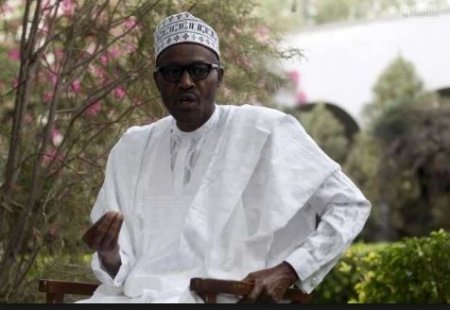 Onyema secured the release of Nigerians detained in Turkey. The Nigerians, mainly students, were alleged to be connected with the failed coup in the country in July.

His excellent relations with neighbouring countries helped to combat and degrade terrorism in Nigeria and has been a good ambassador of the country.

Corruption is being fought like never before. It is no longer business as usual as several people who thought they were ‘untouchable’ and above the law are now being prosecuted.

This started with the arraignment of Senate President, Bukola Saraki, for alleged falsification of asset declaration, his Deputy, Ike Ekweremadu on alleged forgery, Sambo Dasuki and some prominent politicians in Nigeria.

The arrest and detention by the SSS of seven judges across the country for alleged corrupt practices. It was the first time in the country such arrest would be made. The judges have since been suspended by the NJC.

In recognition of the strategic importance of his ministry to national transformation, Mr. Ogbeh is giving the revival of the agricultural sector the priority it deserves in the on-going national development efforts. The achievement of self-sufficiency, and excess, in local staples namely: cassava, rice, maize, sorghum, millet, wheat, fruits and vegetables, poultry, honey, sugar, beans, soya, oil-palm, fish, milk, vegetable oils.

Also, the Ministry's impact on the Central Bank of Nigeria (CBN), says the agricultural initiative, 'Anchor Borrowers Programme’ which has led to significant reduction in the price of local rice cannot be overemphasized.