For Sale - One Bedroom Executive Flat - Lagos (NGN37m)
✅ NEW - car park, swimming pool, 24 hours light/security and more.
Ad
The Minister of Information, Alhaji Lai Mohammed, insisted on Tuesday that funds that have accrued to the Treasury Single Account remain intact, challenging anyone who has any fact and figure to the contrary to make such information public. 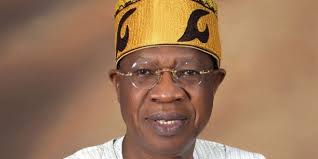 He added: “For the sake of Nigerians at home and in the Diaspora who have been following the TSA debate, we hereby restate the facts:

– The TSA deal was initiated by the immediate past administration but only enjoyed a new lease of life under the Administration of President Muhammadu Buhari because of his sterling leadership
qualities of accountability, transparency, uprightness and respect for the rule of law.

– Any agreement on the TSA charges was reached long before the present Administration assumed office.

– Even if the agreement on the charges is one per cent, it could not have amounted to 25 billion Naira because the total amount of money that has accrued to the TSA is less than 2 trillion Naira.

– Even if one per cent was agreed as charges, whatever accrues therefrom was meant to be shared among the CBN, Systemspecs (the owner of the Remita software) and the commercial banks, hence no single company could have collected 25 billion Naira as charges

– As at the time the controversy over the TSA broke, the total amount of money in the TSA was less than 800 billion Naira

– The TSA has neither been enveloped in any fraud nor has any money from the account been diverted.

– The Senate’s investigation of the TSA issue is within its oversight responsibilities and is never a confirmation that the TSA funds have been diverted or that indeed one single company has made 25 billion Naira as charges.

“These are the issues and we stand by them, irrespective of a rabble-rousing and demeaning statement from any quarter” he said.