7 Reasons Why The NFF Is Not Improving Nigerian Football

The Nigeria Football Federation, NFF, has been in constant troubles over the years, and more pronounced in recent times. Established in 1945, the body is saddled with the responsibility of organising domestic and international football in Nigeria. However, the football house has never been out of public criticism due to the series of misdoings and crises over the years. Below are 7 of these troubles: 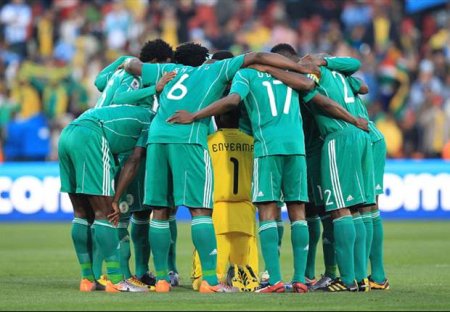 1. NFA or NFF: It all started with nomenclature problem. Some years ago, our football administrators fought to have the name of the football ruling body in the country changed from the Nigeria Football Administration, NFA, to the Nigeria Football Federation, NFF, but really what was the change all about? Even though they fought tooth and nail to get the name changed in 2008, the football body till now seem not to have a clear focus and concise goal for its existence. If not, why would they be so engrossed in changing from NFA, (No Future Ambition) to NFF, (No Future Focus)?

2. Leadership Tussle: One crisis that will go down memory lane is the leadership tussle in the federation. Amaju Pinnick and Chris Giwa for months both laid claim to the leadership of the body. With each defying court orders to declare himself president, the crises plunged into a debacle which today still affects the country’s football. The whole scenario degenerated into more troubles as a similarly corrupt FIFA threatened to ban the country.

3. Coaches' Salary: The body could be scored an ‘F’ grade in this. Most outrageous of it all is the salary owed two of the Nigeria greatest coaches, Stephen Keshi and Amodu Shuaibu. Till today, Keshi’s two months’ salary has not been paid, likewise that of Amodu. Maybe they wouldn’t have talked about these salaries if they are both living. Who knows how much more the federation owe its past coaches.

4. Player’s Allowances: Last week, the Technical Committee of the federation at its meeting in Abuja said that players will no longer be paid the usual $10,000 dollars each as match bonus per match. Rather, players will receive what it call performance bonus. Match or performance bonus, NFF has never sticked to its promises. Players at every level always complain about match bonuses.

5. Super Eagles Coach: Currently, the federation is at dilemma on who to appoint as the new coach of the Super Eagles. The president of NFF last weekend stated that the coach, a foreign coach, will be named in two weeks’ time while the Minister of Sports Mr Solomon Dalong, in refutal, this week said the country does not have enough to pay a foreign coach.

6. NPFL Problems: The federation has become a toothless dog in deciding what happens in the local league. Many things have happened; the Giwa FC issue, 12 players in a team for a match, match fixing, molestation of officials, playing a less than 90-minute match and so on. Cases like these where NFF is expected to take decisive actions, the federation has been silent.

7. Undue Interference: Unless you are a foreign coach, you can’t wholly decide what happens or who plays in the national teams. This has accounted for many years of failure for the country and it constitutes itself as one of the greatest troubles the NFF may never surmount (though things are changing in recent times).

Lol, that was hilarious