Ahead of the 2019 Presidential election, politicking has already begun. 2019 seems even more uncertain than 2015 was. Who will be President, where will the next president come from?

Although political parties will eventually zone the office of the President, for now there seems to be a free for all.

Here is a list of South-East Politicians that stand a chance of becoming President come 2019 if the pendulum swings to the region:

Leader of the Indigenous people of Biafra. He doesn’t exactly believe in one Nigeria, is not a registered member of any political party but who’s to say he won’t answer his people’s call to free from marginalization by taking the highest seat in the land. What better way to achieve Biafra ?

Former Corps Marshal of the FRSC and former Minister of Aviation. He already has a chance of becoming Governor of Anambra state. For a nation crying out for new blood, he may not be a bad choice.

If the All Progressives Congress, APC decides to zone the Presidency to the South-East, Okorocha will be first in line for the position. He’s currently Governor of Imo state and one the ruling party’s staunch emissary in the South-East.

The work he did during his time as Governor of Anambra still speaks for him. He’s touted as being a good manager of scarce financial resources. Aso rock food budget will definitely reduce of he becomes President.

Nigeria’s Minister of Labour and Productivity. He’s one of the leading members of the APC from the South-East.

Former Governor of Central Bank of Nigeria, CBN. Though he has been out of public eye for a while, Soludo always gets his voice heard either by criticizing or praising the government of the day.

Nigeria’s former Minister of Solid Minerals and former Minister of Education. She also served as Vice-President of the World Bank's Africa division. She’s also a co-founder of the #BringBackOurGirls campaign. She’s one of the loudest voices from South-East Nigeria.

Former Senate President. He’s one of the most powerful South-Easterners in politics. His recent defection to the APC may be seen as a sign that he's posturing to join the presidential race should an opening spring up. 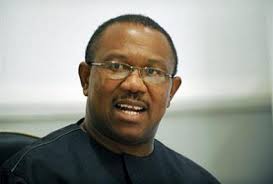 This will have to contest for President of Biafra
A

RemmyAlex said:
This will have to contest for President of Biafra
Click to expand...

The man is the political leader of the South-East, if he decides to run who'll stop him? All he has to do is promise them a Biafra Referendum
P

Jules said:
The man is the political leader of the South-East, if he decides to run who'll stop him? All he has to do is promise them a Biafra Referendum
Click to expand...

I am not sure he would want to be a ZOO.

Putting NNAMDI KANU in the list is a serious blunder. It is a dream never to come true. He wouldn't want to associate with his described zoos. He ll not even win elsewhere outside South east and South south.

Rochas will lose in all states including Imo. Others will not win too.

Lolz. See Chris Ngege see winning presidency. It is only APC that can shortlist him not Igbos. He commits verbal blunders and assaults against the igbos. All APC politicians in the list are compromised.