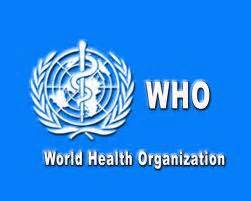 Urban residents in poor countries are by far the worst affected, WHO said, noting that nearly every city (98 percent) in low- and middle-income countries has air which fails to meet the UN body’s standards.

That number falls to 56 percent of cities in wealthier countries. “Urban air pollution continues to rise at an alarming rate, wreaking havoc on human health,” Maria Neira, the head of WHO’s department of public health and environment, said in a statement.

The UN agency’s latest air pollution database reveals an overall deterioration of air in the planet’s cities, and highlights the growing risk of serious health conditions also including stroke and asthma.

Crucially, key African centres like Nigeria’s mega-city Lagos were excluded from the list because of the sparse availability of air quality data in many parts of the continent, WHO said.

A sample of European data showed that Rome had slightly worse air than Berlin, followed by London and Madrid