Doyin Okupe, Senior Special Assistant to President Goodluck Jonathan on Public Communication, made the acquittal on Sunday while addressing journalists in Abuja.

Okupe said, "Oritsejafor has no business in this matter. It is true that he owns the aircraft but there are over 200 private Nigerians who have jets. Apart from those who use it frequently, some give it out to get some money and defray some of the costs. If you put your jet down, you pay money and parking charges every day".

"He gave the private jet to a company to manage. The company is handing it and these people gave out the plane that is available. What has this to do with Oritsejafor?

"If I have many cars at the airport and decide to give one to car hire services. And he decides to carry somebody having Indian hemp, will you link it up with the man who gave it out?".

"Most Nigerians do not also respect the sensibilities of other people", Okupe continued.

"Oritsejafor is the President of CAN and head of all Christians in Nigeria who is representing at least 50 per cent of people in this country. When it comes to a man like that, people should be cautious and circumspect"

"The linking of Pastor Ayo Oritsejafor is the most unfortunate thing. To put the very respectable, responsible, honest and sincere President of CAN in this matter is the extreme of mischief. It just shows you what Nigerians do; they go to any extent to politicize everything and every day.

"What bothers me here is the manner with people want to bring down Pastor Ayo Oritsejafor on this matter. It is pure absurdity".

Speaking on the mystery surrounding the arms deal, Okupe said, "The Nigerian government cannot share all information about the issues because it is a security matter. It is an issue which we cannot just bring to public domain.

"I am surprised that Nigerians want to discuss security issues openly and publicly when a war is still going on.These are very serious national security affairs and running a government is not the same thing as running a Shoprite, where everything is on the table and on display.

"There is nothing shady about the South African deal and the Office of the NSA (National Security Adviser) has done very well. Because at the appropriate time, they came in that, ‘yes, this money belongs to us and this was what it was meant for.’ That explanation itself was okay. There is no hanky panky on this matter", Okupe concluded. 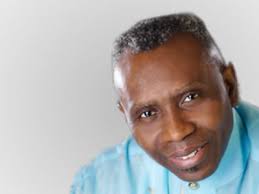