For Sale - One Bedroom Executive Flat - Lagos (NGN37m)
✅ NEW - car park, swimming pool, 24 hours light/security and more.
Ad
More than ever, the Nigerian music industry in 2016 witnessed the rising of a new crop of talented musicians, whose hard work is sure to earn them recognition in the New Year. Through thick and thin, these youngsters managed to reel out some hit songs, bagged endorsements and performed in biggest events. They include:

Based in Ghana, Nigerian pop star, Mr Eazi has strategically positioned himself as an artiste to reckon with. He has succeeded in holding the music industry spell-bound with his vocals and powerful punch lines. Early this year, the sensational singer/songwriter was sign to Wizkid’s StarBoy Worldwide Record and has continued to render pop music in Ghanaian lingua that gets fans dancing.

The Skin Tight crooner has had collaborations with big names in both the Ghanaian and Nigerian music industry, including Anointing (ft. Sarkodie), Dance For Me ( ft. Eugy), Sample You (ft. Lil Kesh), Shitor (ft. DJ Juls),Bankulize remix (ft. Burna Boy), as well as Leg Over to mention a few. 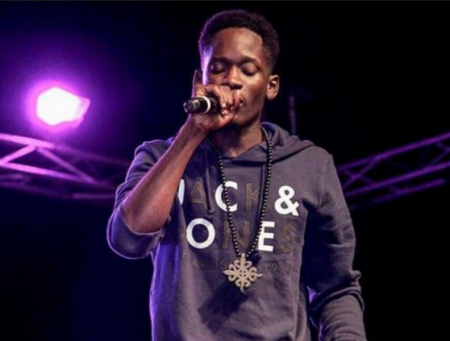 The Mechanical Engineer graduate of Kwame Nkrumah University of Science and Technology, Ghana, said he draws his inspiration from Ghana culture rather Nigeria where he received his elementary and secondary education .

He was controversially excluded from the annual Ghana Music Awards because he’s not a Ghanaian citizen. Mr Eazi promise to release his debut album, entitled Life is Eazi soon.

2016 was no doubt a good year for Tinny Entertainment signee, Ycee who burst the music box with his smashed hit song, Jagaban and which was later remixed with with Olamide. The young rapper also topped the charts with a single, Omo Alhaji.

Ycee has since positioned himself as the king of rap music after he hit the limelight with his single titled Condo which features vocals from Patoranking. The song earned him two nominations at the 2015 Nigeria Entertainment Awards. He also won Rookie of the year winner at the Headies in the same year. 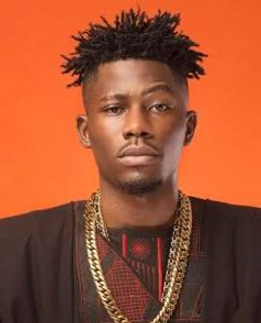 Ycee completed his secondary education aat the Nigerian Navy Secondary School, Ojo. He is currently studying Marine Biology at the University of Lagos.

If he can keep up his current momentum, critics say that he will surely become monster of rap music in Africa.

The social media has been good to her as Temmie Ovwasa got Olamide’s attention on Instagram after she recorded a cover of his song and posted it on her Instagram page. Not long after Olamide announced her as the Princess of YBNL label.

Temmie, a multi-talented singer, songwriter, guitarist, and poet dropped her first official single, Afefe and with a follow up track, Jabole, a song she claimed she wrote when she was 14. 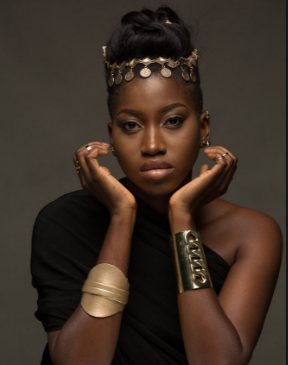 Though, not promising any debut album yet, the singer claims to have written over 300 songs. She draws her inspiration from her mother who is a gospel artiste and minister of the gospel. She specialises in the Ewi praise chant.

The YBNL first lady singer joins artistes such as Chinko Ekun, Adekunle Gold, Pheelz the producer among others.

DREMO is a talented rapper, recording artist/songwriter and a performing act, signed under the imprint of Davido Music Worldwide who has boldly made his way into mainstream rap music in Nigeria. 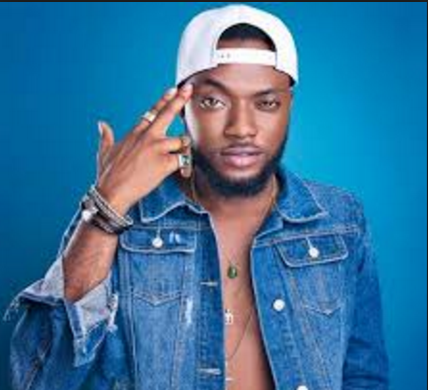 On April 5, 2016, Davido signed the rising rapper to his newly formed DMW (Davido Music Worldwide). In his words, ‘After y’all hear this, you will understand why I signed Dremo 24 Hours after meeting him’.

He has continued with an incredible string of success since her inception into the industry.

THIS artiste started his journey writing music at the age of 11. By the time he turned 14, he recorded his first song. Koker is a Nigerian Afro Pop singer with very unique vocals.

Koker joined Chocolate City family after dropping lines on Pryse’s single, Eleto in 2013. He is largely known for the unique way he fuses his music with his local Yoruba dialect. 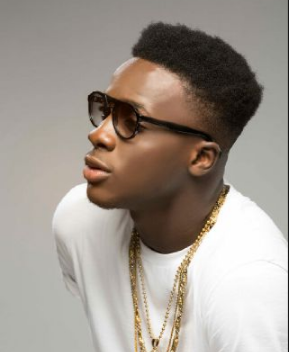 He has since then carved his name in the music scene with songs like Do Something, One Dance (Drake Cover), and Kole Werk remix featuring Olamide among others.

30 years-old, Niniola is a Nigerian singer and songwriter who has an ear for lovable melodies and an irresistible charm in her live shows.

She turned her page around after releasing her single, Start All Over. The song gained extensive airplay and positive critical reviews among music lover. She’s definitely one of the artistes to watch out for in the New Year. 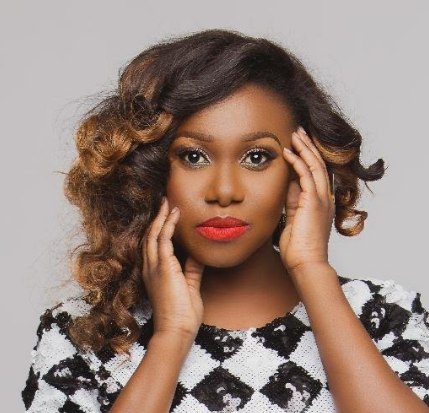 Her efforts can be identified in a variety of banging hot singles, such as Jigi Jigi and Shaba Remix.

Niniola rose to recognition in 2013 after she placed 3rd runner-up at the Project Fame West Africa Season 6, she currently has a record deal with Drumroll Records.

Terry Apala is a breakaway from the norm, proving that modern Apala pop music is capable of crossing the channel.

Terry Apala entered the industry with his banging tune, Champagne Showers on which he display his distinct voice and style, making him one hot talent to look out for 2017. He has been on radar after his debut single received massive airplays and made him more popular music critics. 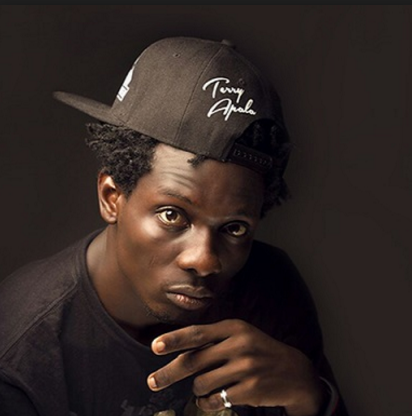 The Apala modernizer has been on radar of his creativity as he already churned out two other smash hit singles including, Mo Popular and Omidan which are currently enjoying massive airplay.

Without a shadow of doubt, Terry Apala is one artist we all should be excited about in 2016. His tunes have managed to win over quite a large number of fans.

HE burst into the scene with his hit single, Osinachi, a chart-topping single that featured Phyno and Davido in the remix version. As a reward for his musical creativity, the song earned him a nomination as the “Best New Act” at the 2016 edition of the Nigeria Entertainment Awards.

He was also nominated in the “Hottest Single” category at the same event.

In April 2016, he featured Flavour N’abania in a song titled Jukwese which enjoyed rotational airplay around the country. He later announced an Instagram competition tagged the “#JukweseContest” in reference to the song, with a $2,000 prize money for the winner. 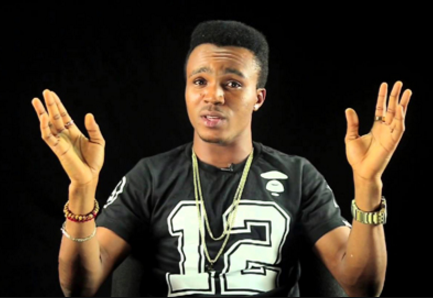 Humblesmith is a Nigerian afro-pop recording artist that usually sings with a little fusion of highlife.

FAST rising singer, Mayowa Adewale popularly known as Mayorkun has continued with an incredible string of success since he got instant recognition in 201 6 when he dropped his infectious single, Eleko. 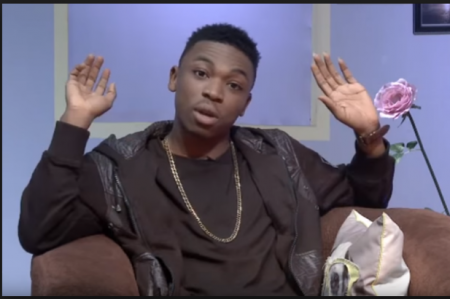 Produced by Puffy Tee, the song hits one million views on YouTube after 10 days of its release.

His boss, Davido however congratulated him on twitter for his quick success when he posted; “Congrats @IamMayorkun. Like I said before! Way beyond my expectations! Eleko Hit 1 million views in 10 days.”

Terry Apala is the boss....

Entertainment Davido’s “Risky,” “Blow My Mind,” & “A Good Time” Certified By Sony Music To Have Sold Over 2 Million Copies – tooXclusive