The Federal Government has welcomed the forfeiture proceedings initiated by the United States Department of Justice against the property related to the corrupt conduct of the late General Sani Abacha, the former Head of State of Nigeria, and his associates and the subsequent laundering of corruption proceeds.

The Attorney General of the Federation and Minister of Justice, Mohammed Bello Adoke (SAN ), in a statement on Wednesday, said that the proceedings would make it possible for the defendants to forfeit over $550 million and £95,910 in 10 accounts and six investment portfolios linked to the Abachas in France, the Britain, British Virgin Islands and the United States. 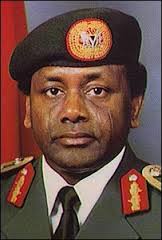