On Thursday, Governor Theodore Orji of Abia expressed shock over the death of Mrs Oyo.

In a statement signed by Mr Charles Ajunwa, his Chief Press Secretary, and made available to NAN in Umuahia, Orji described Oyo's death as ‘’a big loss’’ to the journalism profession in Nigeria.

The governor was said to have received the news of Oyo’s death "with rude shock''.

The statement quoted him as saying that ‘’Nigeria has lost a rare gem whose contributions to national development and in the field of journalism were very outstanding.’’

Orji further stated that the deceased, who was the Senior Special Assistant to ex-President Olusegun Obasanjo, would always be missed because of her hard work and commitment to duty.

In a statement signed by his Special Adviser on Media, Mr Hakeem Bello, the governor described the demise of Oyo as sad.

He described the former NAN boss a "as a forthright journalist who practiced value-driven journalism, a worthy role model in the profession throughout her life.’’

Fashola said the late Oyo would be missed by all for all her good works and for the way she carried herself remarkably in the various capacities where she had served the nation.

"Mrs Oluremi Oyo brought dynamism to bear in her national assignment as Spokesperson to former President Olusegun Obasanjo and her leadership of the Nigerian Guild of Editors and the News Agency of Nigeria,’’ the governor said.

Governor Kayode Fayemi of Ekiti described the death of Mrs Oyo as a great loss to the state and the country.

The governor, in a statement by his Chief Press Secretary, Mr. Olayinka Oyebode, said Oyo’s death was a bitter pill to swallow at this critical period in the history of the state and the country.

Fayemi said the death of the former presidential spokesperson had robbed Ekiti of yet another shining star.

"It came at period the state had yet to recover from the mourning of the loss of some of its illustrious citizens who died recently.’’

He said that Oyo bestrode the journalism profession like a colossus.

On his part, Ogun Governor Ibikunle Amosun described Oyo’s death as a loss to journalism in particular and the media industry in general.

Amosun said Oyo was not only an icon of an ideal journalist, but also a trail blazer in the pen profession.

"I used to marvel at her energy and dedication to duty as Senior Special Assistant on Media to President Olusegun Obasanjo between 1999 and 2007.

"I used to wonder how a woman could keep up with such a strenuous job as the first female spokesperson to a president,’’ he said. 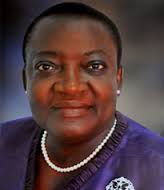 Politics ‘All South African Businesses in Nigeria should be shut down’ – Orji Kalu – Olisa.tv