Governor Theodore Orji of Abia state on Sunday led other government functionaries to a commemorative church service marking the 23rd anniversary of the creation of the state.

Orji said at the Assemblies of God Church, Nkporo Street, Umuahia, that "today is a day set aside to present the state to God".

According to him, the remarkable thing about this year’s celebration is the fact that this is the last anniversary of the state creation that I will celebrate as governor.

He urged the people to emulate the life of Christ, in line with the Abia slogan "God’s Own State".

In his sermon, the Superintendent, Jerusalem District, Umuahia North, James Ndukwe, urged the people to join the government in its efforts to develop the state.

"My prayer is that God will raise men, who will appreciate what the government is doing at any point in time and lend their support to state development,’’ Ndukwe said.

He expressed happiness that the present administration had wrested the state from the hands of cultists and returned it to God.

He, therefore, urged politicians to shun evil and cult practices and embrace God so that His glory would reign in the state.

Ndukwe, who blamed past governors and their aides for the failure and backwardnessof the state, urged Orji to remain focused and steadfast in his good work. 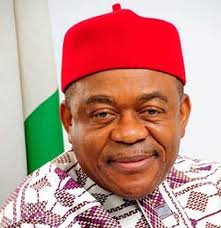 Politics Free me on bail, I need my herbalist, Kalu tells court – Plus TV Africa