FREE Nigerian Business Directory
✅ NEW - get your business listed and your information shared across social media.
Ad
Abia State workers and pensioners will be smiling in no distant time as the state governor, Okezie Ikpeazu has set October 2015 as the deadline for the clearance of all salary and pension arrears in the state. 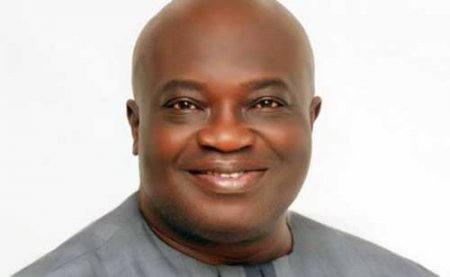 The governor who also directed a seven-man committee to be set up for the management of the disbursement of the N14.152 billion federal bailout for the payment of salary and pension arrears in the state.

According to a statement by the special adviser to the Governor on Public Communications, Mr. Sam Hart, the committee would be inaugurated on Monday by the Secretary to the State Government.

The committee, according to the release will comprise representatives of the Head of Service of Abia State, Abia State NLC Chairman as well as the Trade Union Congress Chairman of the State.

The terms of reference of the committee include the determination of the exact amount owed public servants in the state, the actual duration of the backlogs owed workers in the state as well as determine any other issue incidental to salary arrears in the state.

The committee is also to ensure strict adherence to the original purpose of the bailout and avoid diversion.

It was noted, however, in the release that the fund had not yet been accessed, but it's been expected during the week.

E
Metro Abia is the only state mentioned in the bible, Coronavirus will pass us by- Governor Okezie Ikpeazu (video) - Linda Ikejis Blog