FREE Nigerian Business Directory
✅ NEW - get your business listed and your information shared across social media.
Ad
US computer game company Activision Blizzard, which produces World of Warcraft and Call of Duty, is buying King Digital Entertainment, the creator of Candy Crush Saga. 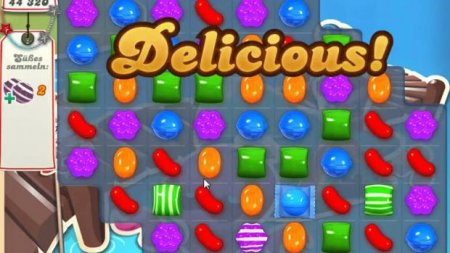 Activision said the acquisition would make it a global leader in interactive entertainment across mobile, console and PC platforms.

It added the combined firm would have more than half a billion monthly active users in 196 countries.

The Call of Duty series is one of the world's best selling console games, while Candy Crush Saga is among the most popular games on mobile devices.

Video game publishers are switching from the physical sale of games to digital growth as consumers move from consoles to playing on smartphones and tablets.

In a statement, Activision Blizzard chief executive Bobby Kotick said: "With a combined global network of more than half a billion monthly active users, our potential to reach audiences around the world on the device of their choosing enables us to deliver great games to even bigger audiences than ever before."

Mr Kotick told the Reuters news agency that the company wanted to broaden its reach and appeal to a larger demographic.

He said that 60% of King Digital Entertainment's players were female, and that no games console or hardware, besides a smartphone, was needed to access its games.

Activision Blizzard is paying $18 in cash for each King share, and the deal is expected to boost Activision's adjusted revenue and earnings by about 30%.

Money Top 6 Video Games You Can Bet On