Politics Adamawa: Fintiri Can Return To His Position As Assembly Speaker -Lawyer

For Sale - One Bedroom Executive Flat - Lagos (NGN37m)
✅ NEW - car park, swimming pool, 24 hours light/security and more.
Ad
Mr Mike Ozekhome, constitutional lawyer and Senior Advocate of Nigeria, on Wednesday said that ex-Adamawa Acting Governor Umar Fintiri, who was removed by the court, could return to his former office as speaker of the state house of assembly.

Ozekhome said this while expressing his views on the constitutional implication of the judgment on Fintiri’s fate.

He said that by virtue of the judgment, constitutionally speaking, the sacked acting governor automatically reverts to his former position as Adamawa House of Assembly Speaker.

"The implication of today’s (Wednesday) judgment is that there should be an automatic reversal to status quo for Fintiri. However, if the house of assembly members do not want him back, which is their sole discretion, they will have to impeach him first.

"If they decide to retain the incumbent speaker or elect a new one, then Fintiri will become a floor member,’’ Ozekhome said.

He applauded Justice Adeniyi Ademola’s judgment, describing it as "salutary and will help to move the Nigerian judiciary forward’’.

In another reaction to the issue, Mr Chris Uche, a Senior Advocate of Nigeria (SAN),also said that Fintiri could revert to the position of speaker, subject to his acceptance by members of the parliament. 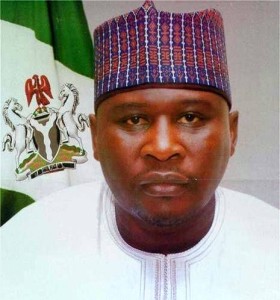