Alhaji Dahiru Waziri, gubernatorial candidate of the KOWA Party in the forthcoming Adamawa gubernatorial by-election on Wednesday slumped during a live television debate.

The debate was supposed to be between three candidates; Waziri, Alhaji Adhmadu Umaru Fintiri of the PDP and Dr Amos Sunday of the PPN.

According to NIGERIAN TRIBUNE, after the three aspirants were introduced and had remained standing to commence the debate, Waziri slumped but was immediately rushed to the Federal Medical Centre, Yola. Further investigations revealed that Waziri is diabetic.

The PDP candidate and acting Governor of Adamawa, Finitiri then urged the organizers to reschedule the debate until Waziri was strong enough to participate. 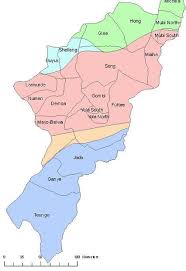 I'm almost tempted to think that the apprehension of how to deal with the debate overwhelmed him. I doubt if he would have slumped if he had been curled in a Jacuzzi with a beautiful lady curled in there with him. Mtsheeeeewwwww!!!

Goodness, i just learnt he died. May his soul Rest In Peace