While the Economic,Financial Crimes Commission, EFCC continues to wait for former Governor of Adamwa state, Murtala Nyako who was recently impeached by the state's house of assembly to turn himself in for investigation, it has been revealed that the former governor allegedly escaped from Nigeria through the Nnamdi Azikiwe International Airport, Abuja in a private jet on July 15, 2014.

VANGUARD wrote, HOW did ousted governor of Adamawa State, Admiral Murtala Hammanyero Nyako, escape from Nigeria a few hours before his impeachment despite the presence of eagle-eyed security agents waiting to arrest him to answer for his actions?

This is a question that has continued to prop up within the security establishment in Nigeria now that it has become clear that the former governor had fled the country and settled in Europe, apparently to avoid being prosecuted or persecuted by his traducers.

Nyako, according to findings by Saturday Vanguard, escaped from Nigeria through the Nnamdi Azikiwe International Airport, Abuja in a private jet on July 15, 2014.The former Chief of Naval Staff’s successful flight from the country at the time he did, is said to be causing unease and serious embarrassment to the nation’s security establishment, as it is being suspected that the man could not have taken off without the support of insiders. 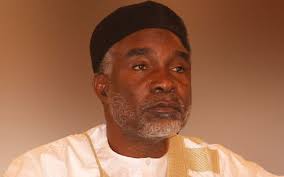