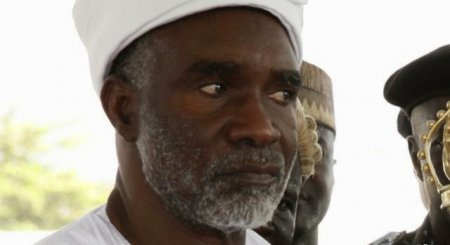 The acting Governor of Adamawa State, Alhaji Ahmadu Umaru Fintiri, stormed the National Secretariat of the Peoples Democratic Party, PDP, asking the people of the state to pray for him in his new assignment of taking the people out of the ‘ wilderness.’

Fintiri said he had returned to PDP the mandate that impeached governor Murtala Nyako stole from the party.

Speaking with Journalists after a closed door meeting with the Deputy National Chairman of PDP, Prince Uche Secondus, Fintiri who noted that his emergence as acting governor had restored the party back to the people of Adamawa State, said, “ as a loyal and obedient party member, I came on a courtesy call to my party and the National Working Committee, NWC as my first assignment after the battle to remove governor Nyako who had stolen the mandate of the PDP under which he was elected for eight years.”